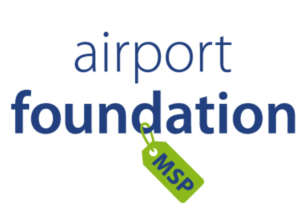 Betty is from the Kisii tribe in Kenya. When she was ready to attend college in Kenya, the lone university in the country went on strike. Her sister, who lived in Texas, encouraged her to apply to the University of Texas at Austin. Betty won a scholarship and graduated with degrees in Computer Science and Finance.

From Texas, she moved to Minneapolis with her Minnesota born husband in 1996. Sadly he passed away three years later. Betty still resides in Minnesota.

On comparing Kenya to The United States:

“I was driving from Cary, North Carolina to Roanoke, Virginia in August and part of the scenery, the trees along the roadside, especially in North Carolina, somewhat reminded me of Kenya. The trees, the greenery, but what is so distinct about Kenya is the Rift Valley, which comes all the way from Egypt and all the way down to South Africa. And that really transforms the landscape. It changes even the climate and I don’t know if there’s any place in the U.S. that looks like it.”

My name is Betty Nyaboke Momanyi. I was born in a town in the country of Kenya — the town is called Nakuru. It is approximately 150 to 175 miles from the main capital, which is Nairobi. I spent most of my young life there, went to boarding school in the couple of towns that were not too far from Nakuru — both about an hour and a half away — graduated high school in a town called Eldoret, and after I graduated from high school — I was 16 years-old — I worked for my middle sister, Susan, who’s now passed away. I worked in her salon as the cash manager for one year, while I was waiting for my admittance into the main university.

We only had one university in the country at the time, and so what happens when the student strike, for whatever reason — it could be political, it could be social — the university was shut down, and it was shut down for as long as it took for the solution to be met. Then the students will return to campus; then they had to finish out their term. But what happened, since it was the only university in the country, anyone else who graduated from high school had to wait that same time period that this strike had happened for the time to come to enter the university.

When it was my turn, the waiting period was three years. Well, I didn’t want to wait three years doing nothing. So I, my oldest sister, who was in the US at the time, agreed to pay my tuition at a university in Texas for one year. And so I was able to come to the US, I took the TOEFL (Test of English as a Foreign Language), which every international student has to take. It’s an English test to assess your level of knowledge and understanding of the English language. You pass that test, you get admittance into your university, and as a foreign student, you have to have your tuition paid for one whole year before they can admit you. Thankfully my sister was kind enough to do that for me, and I came to the US in the year January of ’85. I started college, was able to get a scholarship, and finished by first degree at a historically black college, and then went on to the University of Texas after that to work on a finance degree.

My first degree at the historical black college was in computer science. The transition from Kenya to the US was challenging. There is missing your family, the friends that you grew up with at home that you long for but can’t see, the changes that happen in family. I lost my best sister, the one I worked for while I was here, and couldn’t go home to get the closure because I didn’t have money to travel back. There was missing my mother, my father had passed away about the time I came to the US, so having to deal with those dynamics makes it really challenging, too, as an immigrant and as a student. But yet, you’re here for a purpose: to learn and to make a living, so that overrides everything. And inasmuch as you get homesick, you are driven by the fact that you need to earn a living by hence going to college, so that can happen.

Making friends was a challenge as well, because most people look at you as a foreigner; they don’t know how to approach you. So that also made life challenging in some sense. But then, by God’s grace, you get to meet someone who is unafraid to approach someone who is different than they are. And to this day, I did get to meet one of my college buddies. One, out of — I don’t know how many — and I still communicate with him to this day. And I also, while at the University of Texas, met a Kenyan who I didn’t know before. Her name is Grace, and she is my best friend to this day. So those are the golden nuggets of friendships that you make in a hard situation that change your life, because they came into your life at a place, at a time when you either didn’t know you needed somebody, or that you needed but could not manufacture one. And all of a sudden somebody shows up who is willing to invite you into their life and to enable you to be who you are in their presence. That is a gift that I don’t take lightly, and it’s very precious to me.

Once I graduated from college, I was able to get a job with a local company in Austin called Schlotzky’s; they were able to apply for an H-1B Visa for me, which allowed me to work until — at that time, after holding an H-1B for a year, you’re able to apply for a green card. While I was in the process of applying for that, I was blessed to find and marry a man who was very precious to me, Sam Davis, who unfortunately passed away after three years of marriage, and while I was married to him, he did live in Minnesota. And that is how I ended up here. Since my migration to Minnesota in 1996, I have made Minnesota my home.